Named for President John Tyler, the city was established on April 11, 1846 by the Texas Legislature as it also created Smith County. Tyler was designated the county seat.

The Tyler Visitor’s Center is located in the Plaza Tower in the heart of Downtown Tyler at 110 N. College Avenue, Suite 105.

Street parking is available; metered parking is free on the weekend and after 5pm on weekdays.

Visitors can find free maps, activity guides and brochures, or can choose to purchase any of the many souvenirs that the gift shop has to offer, including stickers, shot glasses, posters, pins, mugs, T-shirts, hats, and local college memorabilia.

For more information about Tyler, or the Visitor Center, visit the website of the Tyler Convention & Visitors Bureau and Visit Tyler on Facebook

Shopping and Things to Do Downtown

There is always something fun and exciting in downtown Tyler! With festivals, art shows, parades and Christmas lights, events are plentiful year round!

Historical Sites and the Tyler Half Mile of History

Much of Tyler's history is being chonicled in the Half Mile of History, which pays tribute to people, places and events that have contributed to the history of Tyler and Smith County.

The Half Mile of History is a permanent, outdoor, half-mile loop surrounding the courthouse square in downtown Tyler, administered by the City of Tyler.

Read about one of the people on the loop ... Walter E. Stewart.

A number of historic districts have been identified in Tyler, many of which are near downtown:

About Tyler's Historic Districts at HistoricTyler.org

Tyler has no major hotels or motels in the downtown area, so you might want to book one of the many fine hotel properties in the South Broadway Corridor, only about 5 miles south of downtown.

The downtown area does feature nearby bed & breakfast inns, including those listed below. 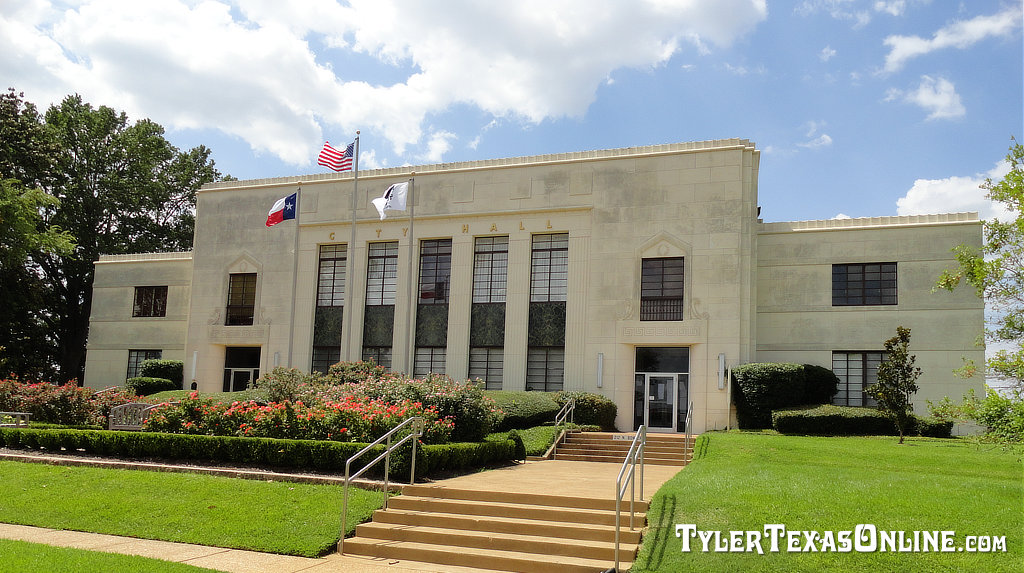 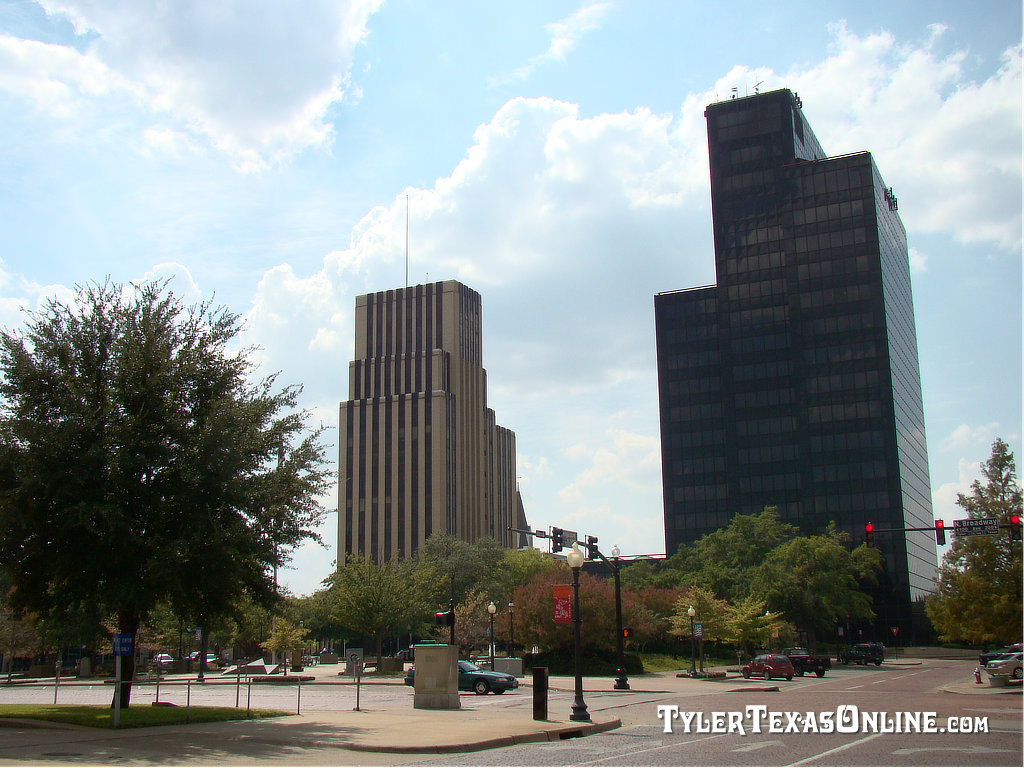 The Caldwell Auditorium is part of the Caldwell Elementary Arts Academy, and is operated by the Tyler Independent School District (TISD). It is located at 300 South College Avenue near downtown Tyler.

It is the site of a variety of performances and musical events through the year, including concerts sponsored by the Tyler Community Concert Association.

About the Caldwell Auditorium

Streetscape, downtown Tyler, Texas, including the site of the Arcadia Theater 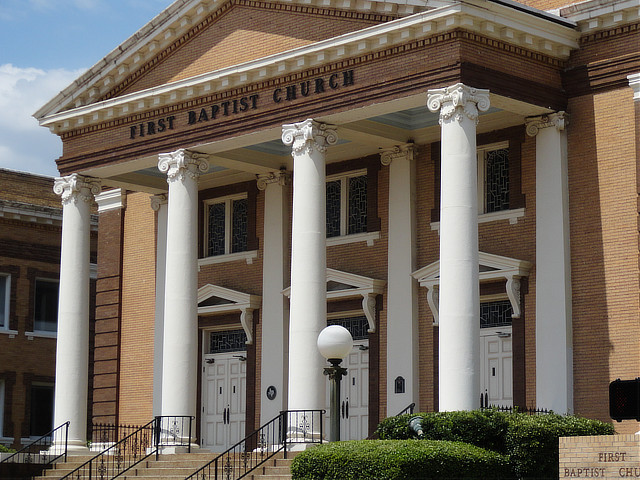 Copyright © 2021 TylerTexasOnline.com All Rights Reserved.
This website is operated by a private entity with no connection to or affiliation with the City of Tyler, Smith County, TXDOT, NETRMA, or other governmental agency